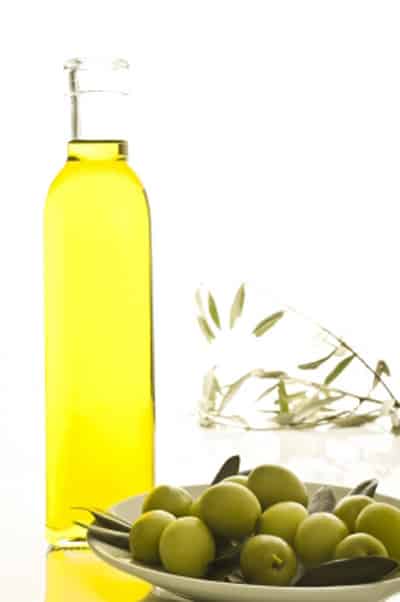 Grab a bottle of real, honest to goodness extra virgin olive oil and you can have yourself a bread dipping, salad drizzling, pesto making, grand ole time. The trouble is being sure the oil in the bottle is in fact the grade of virginity it claims to be. Until recently, I had not given it a second thought. Not that I hadn’t been picky, I just assumed that if the label said it was first cold-pressed, extra virgin olive oil, it would be so.

Evidently, that is not necessarily the case.

It gets worse than old or rancid oils, the bottle we’ve been buying may not contain olive oil at all.

In his recent book, Extra Virginity: The Sublime and Scandalous World of Olive Oil, Tom Mueller writes an account of the “story of globalization, deception, and crime in the food industry from ancient times to the present”, following-up on his previous August 2007 exposé in The New Yorker. It is obvious Mr. Mueller has a deep affinity for the sensory experience and health benefits olive oil has to offer, as well as a smoldering outrage for those who would swindle the public. In some cases, the oil is nothing more than a mix of cheaper canola or sunflower oils with added chlorophyll. Whether or not everyone can appreciate subtitles of flavor or nuance of aromas, we should all be exasperated over a greasy shell game played at the expense of our wallet and health.

You might be thinking as I did, there are standards and enforcement to ensure the public’s confidence in what they pull off the shelf. Right?

Well, sort of. Effective October 2010, the USDA adopted new Standards for Grades of Olive Oil and Olive-Pomace Oil, the first revision of standards since 1948, which is now more in-line with International Olive Council standards.

“Voluntary U.S. grade standards are issued under the authority of the Agricultural Marketing Act of 1946, which provides for the development of official U.S. grades to designate different levels of quality. These grade standards are available for use by producers, suppliers, buyers, and consumers. As in the case of other standards for grades of processed fruits and vegetables, these standards are designed to facilitate orderly marketing by providing a convenient basis for buying and selling, for establishing quality control programs, and for determining loan values.” United States Standards for Grades of Olive Oil published in the FEDERAL REGISTER on April 28, 2010 (75 FR 22363)

Before olive oil can be consistently evaluated, there has to be some agreement as to what “extra virgin” even is, so using the same terminology as others regulating marketing standards in the industry is a step in the right direction. Great, we have standard definitions, but they are voluntary. That is because the USDA defines standards and serves as an inspection agency, it is not an enforcement agency. It is the Food and Drug Administration (FDA) that actually does the regulation.

“The Food and Drug Administration (FDA) is responsible for assuring that foods sold in the United States are safe, wholesome, and properly labeled. This applies to foods produced domestically, as well as foods from foreign countries. The Federal Food, Drug, and Cosmetic Act (FD&C Act) and the Fair Packaging and Labeling Act are the Federal laws governing food products under FDA’s jurisdiction.”  Food Labeling Guide September 1994; Revised April 2008; Revised October 2009

New regulations for U.S. imports would only apply to those with the federal seal of approval. However, according to this December 2011 article by Caroline Beck, editor of The Olive Oil Source’s Pressing Times, FDA spokesperson, Sebastian Cianci, gave this response to the following question:

Does the FDA see any trends in this area? Less fraudulent products coming into the U.S. because of the revised USDA standards?

“Since these are not mandatory requirements, FDA has no observations or correlations to make with respect to the USDA Voluntary Grade Standards. We are not aware of any product that has been graded by USDA up to this time.”  Read the rest of the article; Can the FDA Have an Impact on Olive Oil Fraud?

It appears olive oil fraud has been rampant in the marketplace with little barrier to impede distribution in America and we would be naive to assume these new regulations (definitions really) will make any difference without consumer awareness. It is the individual at the point of purchase with the final say, but only if we are informed enough to make a difference. Based on Ms. Beck’s Q&A, the FDA points out how you and I are the real gatekeeper, “If anyone has evidence that a product is misbranded or otherwise in violation of the Federal, Food, Drug, and Cosmetic Act, they can contact the FDA.”

Feel better? Yeah, me neither.

I’m not sure how any of us can be a real whistle-blower for olive oil fraud if we do not know what we are looking for in the first place. If we do open a bottle and suspect it is not what it was labeled to be, would we take the time to report it? As you can probably tell, I am not confident in consumers standing guard here either. It really comes back to caveat emptor (let the buyer beware) and knowing your food source.

Here are some helpful guides:

If you avoid processed foods and love serving your family nourishing meals, we are passionate about the same things. END_OF_DOCUMENT_TOKEN_TO_BE_REPLACED 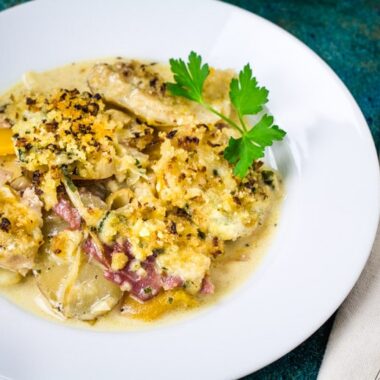